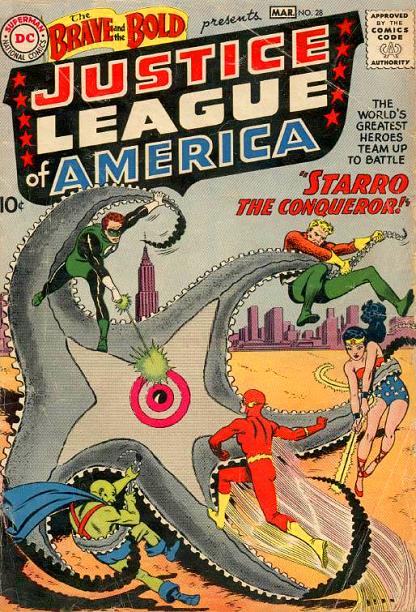 BY THE END OF THE 1950s, DC had reason to be happy. Superman, Batman and Wonder Woman were as popular as ever. Green Lantern, the Flash and other heroes from the Golden Age had been successfully reintroduced. Now all they needed was an encore, and Julius Schwartz was only too happy to provide it.

Both he and comic fans who rejoiced at the rejuvenation of their favorite heroes from the old days knew the next logical step would have to be re-presenting the Justice Society of America, the Golden Age's premier team-up book. And DC was ready to oblige. Problem was, "society" just didn't have the same impact as it did in the old days, so the editors looked for a new term. "League" was suggested because of its association with sports, and all the fair play and sportsmanship that went with it.


The new JLA was definitely a team that knew how to nurture its young talent; although Superman and Batman played their roles, the most active members were the new Green Lantern, the new Flash and the Martian Manhunter, as well as old sluggers Wonder Woman and Aquaman. The early stories showed little in the way of characterization, and there was even an annoying teenage sidekick, Snapper Carr, who got his name from the fact that he constantly snapped his fingers.


Despite that, the fans loved it, and the series grew to become one of DC's powerhouses. It was a place where the old, established heroes could offer the new ones a helping hand with their own titles, and it was a stroke of genius from the company's standpoint -- not only did a team-up book encourage kids to buy different titles, it also reinforced the idea of brand loyalty by bringing the heroes together in their own DC "universe."


Just how influential was the JLA in comic history? Shortly after the JLA debuted, Marvel assigned two comic-book veterans named Stan Lee and Jack Kirby the task of creating a team-up book that would rival DC's. The result of their efforts, The Fantastic Four, would go on to create a few universes of its own. 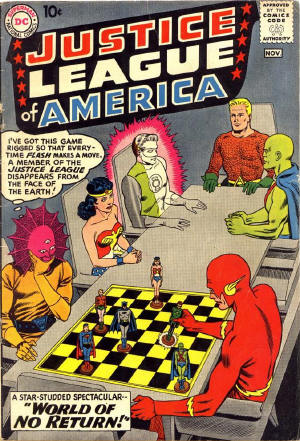 In the beginning, DC's editors decreed that Superman and Batman could not appear on the cover of Justice League of America for fear of overexposing their biggest stars.

Snapper Carr was based on Edd Byrnes' character "Kookie" from television's 77 Sunset Strip. Carr would eventually leave the JLA and drop out of sight, only to come back in 1988 as the leader of the Blasters, a short-lived group of intergalactic adventurers. 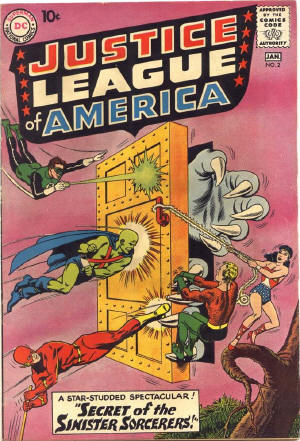 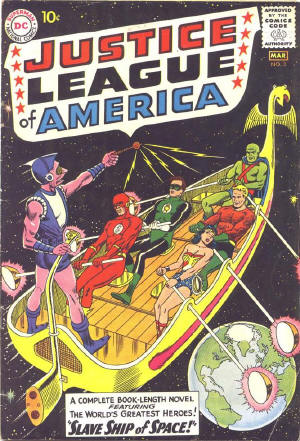